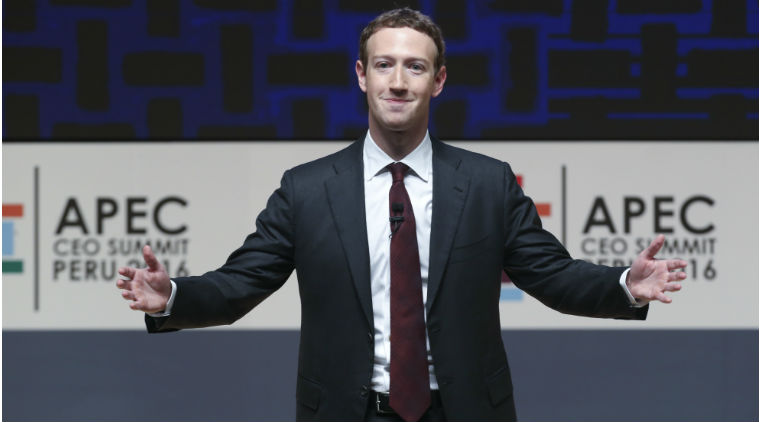 A leader in the technology sector, Facebook has had a strong 2016 to say the least. In its Third Quarter earnings call, CFO David Wehner revealed that the firm increased its monthly active user base by 4.7 percent from the previous quarter to 1.79 billion, while daily active users rose to 1.18 billion. Moreover, with advertisers providing more than 97 percent of the firm’s revenue, Facebook reported its fourth consecutive quarter of more than 50 percent revenue growth. In fact, sales grew by 56 percent last quarter to $7.01 billion, shattering analysts’ estimate of $6.92 billion. Facebook also has a robust long-term growth strategy in place, spending R&D carefully on areas such as virtual reality and mobile messaging that are slated to generate revenue in years to come.

Yet, with such a rosy set of financials, Facebook’s shares slumped the most in nine months this week. The stock price dropped as much as 5.5% on Tuesday and has yet to make a full recovery. So, if the company beat earnings and seems to have a strong outlook, why is this happening?

While it certainly does not make up the full picture, Facebook’s role in the outcome of the 2016 election is partially to blame. Various news outlets, including the New York Times and Wall Street Journal, have reported on the troves of news articles circulating Facebook that have dubious authenticity. With a recent Pewter survey revealing that about 40% of Americans watch or read news from Facebook, this misinformation poses a serious problem.

The motivation behind shady news outlets publishing fake stories derives from Facebook’s NewsFeed algorithms and profit-sharing strategy with publishers. These news outlets can create “clickbait” headlines that may be misleading, which motivate people to open the link to their articles. This results in advertising revenue for the news site, and these clicks stack upon each other exponentially as more people Like and Share the articles on Facebook.

Facebook’s plan to tackle this serious issue has started with their acquisition of a social media data analytics company CrowdTangle. This will allow Facebook to track the responses to a news story across other media outlets, such as traditional news sources, Reddit, YouTube, and Twitter. Hence, Facebook now has the capability to cross-reference a particular headline with other news sites and track users’ comments on the story across other platforms. This will eventually lead to, in my opinion, an icon next to each news story that friends share on Facebook that lets users know if the headline is verified or not. And as the headline continues to circulate through social media, that icon could change from “Not Verified” to “Verified” or vice versa. Ultimately, while this is not a full solution to the fake news issue, Facebook’s acquisition of CrowdTangle and emphasis on data analytics with news stories is certainly a step in the right direction.

Managing Your Social Media Through HootSuite

Facebook Spaces – A New Way To Connect Friends In VR