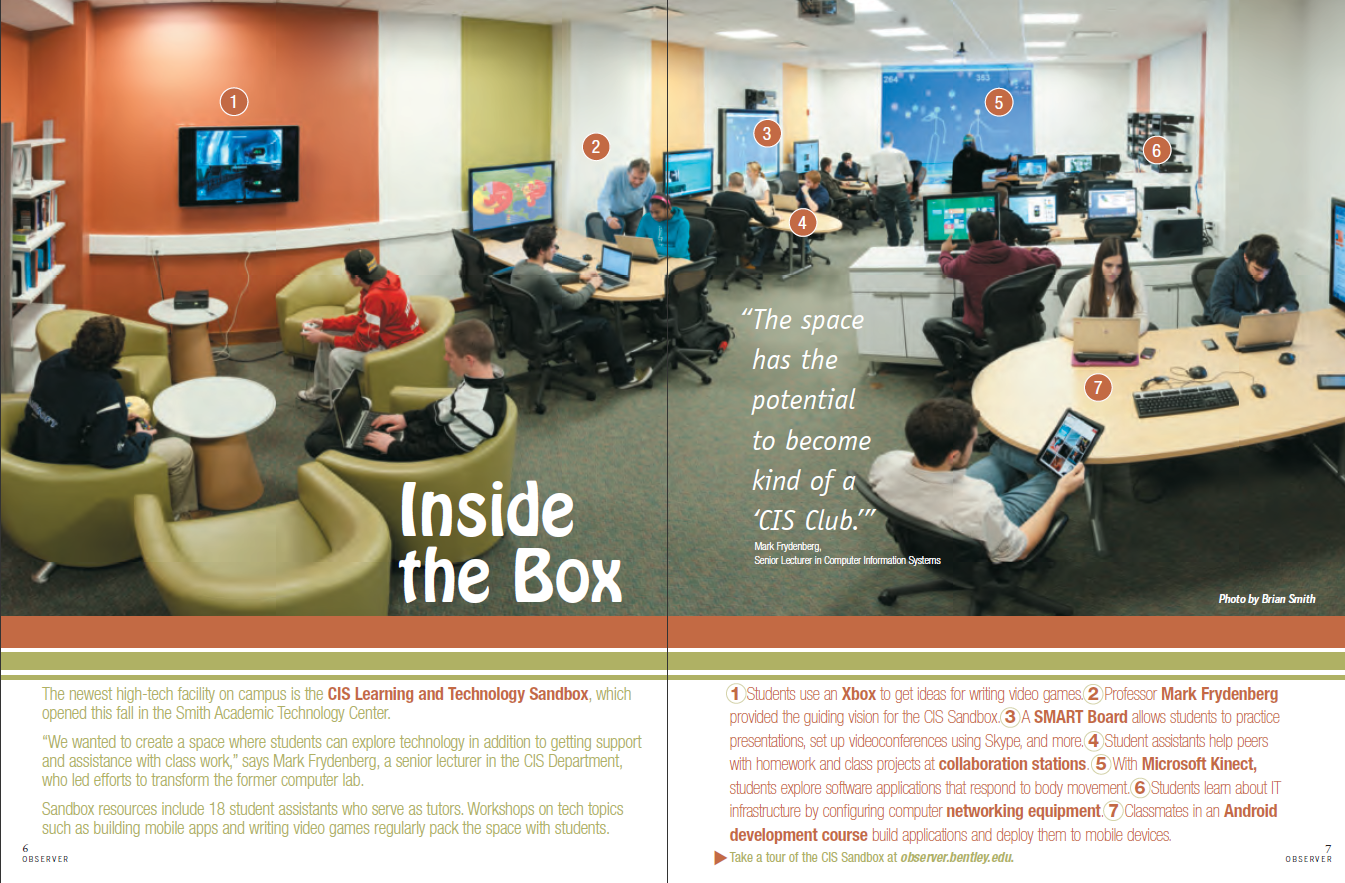 The photo shoot was scheduled just before Thanksgiving, so it was quiet in the Sandbox that day, as many students had already made plans to go home for the holiday. We mustered up a few students to help out with the photo shoot.
A few photos of how this shot was captured, and a video tour of the
CIS Sandbox , after the jump.

We recorded a video tour to accompany the photo spread.

The power of social media

Classroom Presentations – Happening all next week!