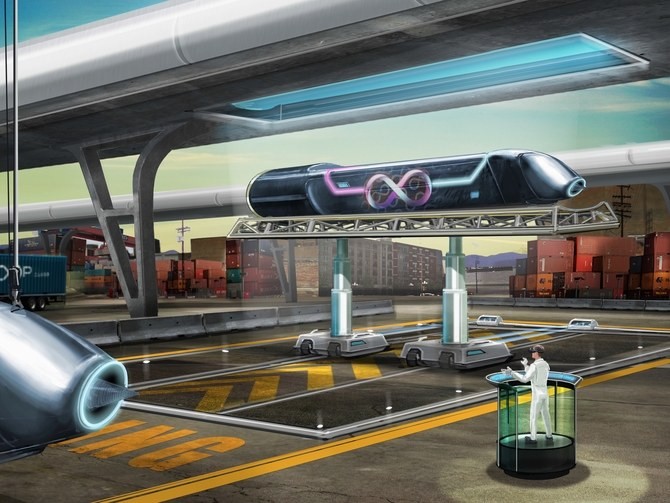 Imagine reaching San Francisco in less than 40 minutes from Los Angeles. Yes, a journey like that is not too far in the future. A concept which surfaced multiple times in the history of pneumatics was re-emphasized my Elon Musk when he introduced the Hyperloop system for high speed rail transportation. SpaceX reintroduced usages of evacuated tubes and magnetic levitation for rapid transportation and named the concept – Hyperloop system.

Hyperloop, referred to as the ‘fifth mode of transportation’ and also as ‘physical version of internet’, is a high speed magnetic levitation based transport system that is capable of attaining speeds higher than those achieved by commercial aircrafts. With average speed close to 600mph Hyperloop pods can cut travelling times up to less than one-sixth of the time by road transport. These pods, also referred to as capsules, are designed to be equipped with an air-compressor and induction motors responsible for creating air cushion in evacuated tubes.

Many projects pertaining to high speed railway systems have been undertaken in history so far and yet friction and air resistance have remained key impedances in achieving very high speeds. The Shinkansen railway in Japan has been the fastest railway and still has does not exceed 350mph. Hyperloop concept was theorized to be operational under one millibar (100Pa) of air pressure which is the closest to vacuum. At such low air pressure the frictional resistance is negligible and hence extreme speeds are achievable.

Hyperloop uses clean sources of energy such as electricity and solar energy. According to Elon Musk such a mass transport system will be one of the fastest and cheapest modes of high speed transportation. One way fare from Los Angeles to San Francisco is estimated being as cheap as $20.

SpaceX hosted the Hyperloop competition in January 2016-2017 giving students across universities all over the world an opportunity to showcase their engineering skills in building pods. The competition provided students with a test track developed by SpaceX for testing their designs. Selected teams are preparing for summer 2017 competition weekend the dates for which are yet to be declared.

Hyperloop One and Hyperloop Transportation Technologies (HTT) are among few other companies working on Hyperloop systems. A proposed track is to be laid parallel to Interstate-5 in California and is supposed to provide fully functional capability for commercial travel.

Live from the Sandbox: CIS Webinar