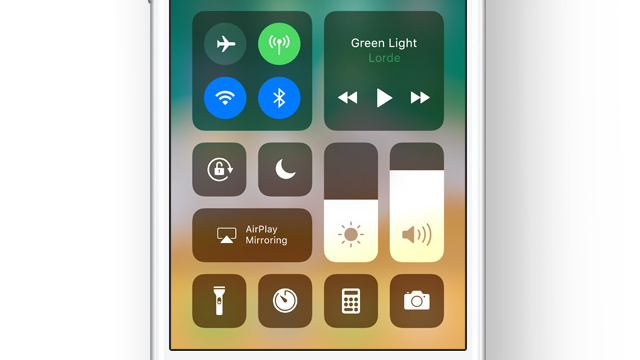 As you may know, Apple released a new software update on September 19, 2017.   The iPhone’s software received a makeover, with new, sleeker design features.  Apps like the calculator and phone only have minor updates, where as the lock screen and control center have been completely revamped.  The control center can be customized to show the user’s most important settings, and 3D touch can be used to expand certain categories to display more advanced settings without having to open the settings app.  You can now also record videos of your screen while you’re using the phone, which you could really only do before if you plugged your phone into a Mac computer with a lightning cable.

Default apps like Messages and Contacts also have a new look.  They feature a larger and bolder title… just in case you weren’t sure what app you were using before.  A new default app has also been added.  It’s called Files and works like any other cloud-based document storage app.  Similar to OneDrive or Google Drive, you can upload existing files here.  A unique feature of this app is that you can log in to multiple document sharing accounts.  For example, you can have your iCloud Drive and Google Drive accounts both in the Files app.  It’s quite convenient for keeping everything in one place.

As with most iOS updates, Apple pretty much only changed the look of the software, without adding many impressive new features.  Be on the lookout for the iOS 11.1 update – supposedly there’s new emojis!