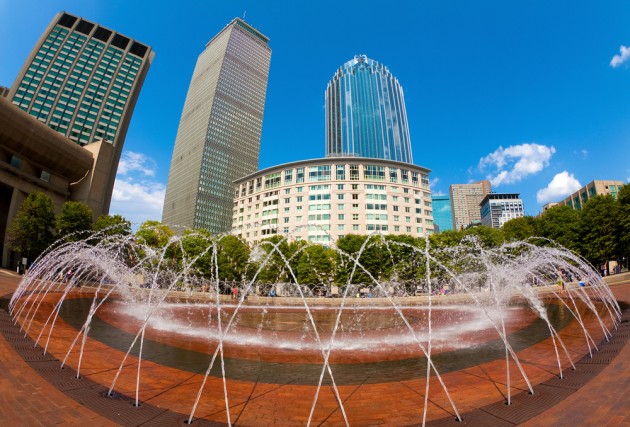 There is no doubt that sometimes technology stays around a little longer than it should. Just ask Boston’s Inspectional Services Department. The department’s use of a typewriter (up until last year!) was necessary to file an appeal with the Zoning Board of Appeals. And for all you millennials out there who have never used (or seen) a typewriter, just imagine a computer with Microsoft Word, no screen, and most importantly, no spell check or backspace.

However, Boston has come a long way since swapping out the IBM Wheelwriter 1500, in June of 2015. Just this year, the U.S. Chamber of Commerce released a report that ranked Boston No. 1 in being the most prepared U.S. city for the digital economy. Boston is the new destination for start-ups. If you take a walk in the Seaport District in South Boston, and look at all the construction projects taking place, it’s easy to believe that Boston is moving ahead of the pack.

With all the talk about “smart cities”, it’s impossible to imagine future cities without integrated technology. Boston’s Department of Innovation and Technology has been fast at work trying to upgrade the city’s infrastructure by introducing new applications to the city, such as the 311 app.

It’s no surprise that with the increase in the amount of data being created every day, there is an ever growing need to continue to develop Boston’s core infrastructure to integrate data-driven solutions. In January 2015, Mayor Marty Walsh created Boston’s first Citywide Analytics team to focus on integrating data into decision making to improve the services the city provides to their residents, but also to answer the most fundamental question, “how do we improve the quality of life in the City of Boston?” The team has been fast at work since starting up in 2015, just take a look at some of their accomplishments:

And of course, my personal favorite, building out their open data portal to allow citizens access to play with the city’s public data.

Although the team has had their accomplishments, we know that every great team needs a great leader.

Enter Andrew Therriault, the City of Boston’s first Chief Data Officer. Therriault was appointed by Mayor Marty Walsh earlier this year to take over the Citywide Analytics and GIS Teams. Therriault completed his B.A, M.A. and Ph.D. degrees at New York University. Prior to coming to Boston, Terriault was the Director of Data Science for the Democratic National Committee (DNC).

This weekend, at the Boston Data Festival, Therriault presented some of his team’s future projects, which include text analysis of 311 calls, experimental tests of strategies to engage Boston residents, and predictive analytics of food safety violations and opiate overdoses. Data-driven justice? Increasing high school graduation rates? Getting ahead of homelessness? The possibilities are endless for the team that looks to infuse analytics and new technologies in many facets of everyday life.

Still not convinced of the innovation happening within the City of Boston? Explore the future of Boston this week by attending one of the many free events during HUBWeek.

Image via City of Boston