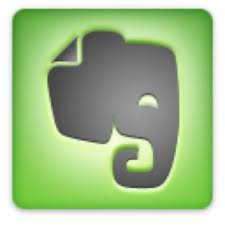 As a student I found myself making a separate notebook for each class and then titling the notes based on the subject of class that day. Evernote also allows the user to make audio notes, and web clip notes. A key feature to Evernote is the ability to download the apple app and android app. When notes are made on either your computer or handheld device they automatically sync together almost instantaneously. Another feature of the application is the ability to take pictures with your handheld device of a poster, or some type of text. Evernote will transcribe the text into a note and be available for an easy search. I found myself doing this a lot around Bentley as there is interesting posters hanging all over campus. No need to take out a pen and paper, just snap a picture and go. Evernote will transcribe it for you.

Evernote works with lots of different apps as well such as calendar apps, and even an app called call trunk which you can make a phone call from and it will record and transcribe the call, eventually sending it as a note to your account. The only downside to Evernote is the allowance of 60MB per month. For normal users this is more than enough memory, however if interested you can go premium for as low as $5 a month or $45 dollars per year.

Overall Evernote is taking the task of note taking to a new level. As in any business there is competition. Another alternative to take a look at is Microsoft OneNote. OneNote is already installed on the HP laptops provided by the school and is a viable alternative.