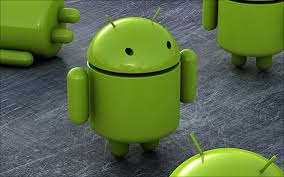 Forgive me if the timing of this post isn’t quite right. In no way, shape, or form should this take away from the legacy of Steve Jobs.

I, however, am biased. I have been an Android user for the last 18 months, and I love it. As with most competing technologies, there is an ongoing debate as to which mobile operating system is better: Android or iOS. I can’t answer that question. Realistically, nobody can answer that question. Each operating system has its strengths and flaws. In the end, it all comes down to what you, as a user, want from the experience.

Here are a couple of things I like about Android:

• All kinds of FREE applications! Honestly, if Android was privately owned, it could have used the “There’s an app for that” slogan just as well as Apple.

What does this mean for you? Well, unless you want to shell out a couple hundred dollars for the iPhone 4 (or the iPhone 3 running iOS 4), you won’t be able to listen to music while searching something on Google. That YouTube video you were watching? Good luck trying to text your friend while it is playing.

The downside? Well, of course, your phone could run out of memory. Android is particular prone to this if you aren’t on top of killing your running apps periodically.

• The User Interface Many people say the iPhone’s interface is extremely intuitive and user-friendly. They complain that the Android interface is confusing. I say: what a load of crock! Android’s user interface couldn’t be simpler. You have the status bar on top and a desktop (or 7, on new phones). You can easily move or add icons and widgets from the desktop and just as easily see a list of all of your applications.

• It’s NOT Apple It’s not that I don’t like Apple’s products. It’s that I don’t like the way Apple tricks consumers. They are brilliant marketers. They sold their brand better than any other technology company in recent history. Yet, their products are not far and away better like the prices indicate.

Why is it that every piece of Apple software can only run on Apple’s hardware? Why can’t you get iOS on another mobile device besides Apple’s (in both cases, without extensive hacking)? Because Apple wants to squeeze every last penny out of you that they can. From a profit maximizing standpoint, it works. Is it ethical, though? Tricking your customers into thinking that your products are superior is Apple’s practice. You make the call on whether it is ethical.

• Android is easy to develop. If you have taken CS 280, you have the requisite skills to develop your own applications in Android. Seriously. Android applications run on a Java back-end and an XML interface. Pretty simple, right?

• Seriously? What’s with the apple? I have no idea why “apple” is synonymous with “tech-savvy” nowadays. An apple is a fruit. It grows on trees. An “android” is a robot. It’s more fitting.

Feel free to chime in in the comments section and explain what you like or dislike about Android or iOS.

As a web developer, do you visit these popular sites?